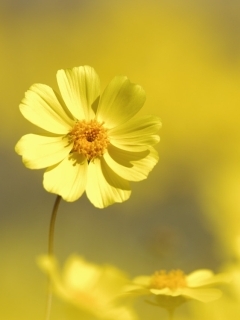 The paradigm of "health" as a progression of inevitable illness through life described above is NOT the only way of viewing the human body. There are other paradigms - based on principles of Health and Wellness as being our fundamental evolutionary birthright.

Whenever anyone comes through the door of any doctor or health practitioner wanting some form of treatment, it is always because they feel that there is something "wrong" that needs attention. This universal and very reasonable fact has contributed to a whole philosophy of medicine based around pathology and illness, which is enshrined in our mainstream "healthcare" system. If you read or watch anything on "health" in the media, you will usually be confronted by a description of illness, disease and ill-health.

Although this debate was originally about disease, the principles apply equally well to physical aspects of the body such as skeletal structure, and to the health of the mind - it is about wellness of the entire body-mind.

The principle of Health/Wellness ("Vitalism") creates a very different perspective, and provides a way to think about building resources rather than treating problems. Given enough adaptive capacity (resilience), both the body and mind will be able to take care of themselves. So the question is - how do we increase adaptive capacity?

AT Still devised Osteopathy at the height of the intense debate between Pasteur's Germ Theory and Cellular Theory. Although this debate was originally about disease, the principles apply equally well to physical aspects of the body such as skeletal structure, and to the health of the mind - it is about wellness of the entire body-mind. As a society we adopted the idea of pathogens and illness, but the more ecological view of human health (Cellular Theory) developed by Antoine Béchamp and Claude Bernard was never disproven. AT Still believed that if the rivers and streams of the landscape of the human body were unclogged and free flowing, then its ecology would be healthy.

...he believed that if the rivers and streams of the landscape of the human body were unclogged and free flowing, then its ecology would be healthy...

It is possible to shift conscious attention in such a way as to encourage health - rather than paying attention to the illness. Whatever we pay attention to increases. This is a VERY effective and efficient way to work - since we look at where and how the body is expressing health and then help that "resource" to support and heal the areas that are not doing so well. In practice - from my point of view as a bodyworker - it includes attention to mobility of tissue and fluid (including the local blood and lymphatic circulation). It is also possible to totally ignore a particular "problem", and instead reduce the load that the body has to bear due to other minor things - e.g. old traumatic memories - so that its adaptive capacity is more free to work. All of the techniques I apply are designed to help the body's innate capacity for Health to express itself more fully.

I have seen so many cases of incomplete healing being caused by an incorrect relationship between mind and body. Often a small change in how you relate to your body through the senses can make a vast change to how easily the body repairs itself. One physical example of this might be a broken bone or operation scar tissue that is not healing properly. Usually there is some residual fear of the pain or the accident, or some residual degree of shock still held in the body (this may not necessarily be conscious) - which may literally be the only thing that is preventing the tissue healing.

Whatever we pay attention to increases.

There are also ways to be embodied which cultivate an experience of physical lightness rather than heaviness. This has profound effects on posture - and therefore both physical and emotional health and mental outlook.