Although most people think of PTSD as being a "mental" condition, it is actually largely physical (physiological). It is caused by the very primitive parts of the brain - which usually run your heart and digestive system - taking over because they "think" your life is in immediate danger.

Clearly most people with PTSD are not in real immediate mortal danger. But that cognitive knowledge does not change the response of the body or affect the anxiety that comes from the body to affect the mind. So the body - and then the mind - react as if they are in mortal danger.

My experience during two decades of practice is that PTSD-type conditions are far more common than is realised. They are a major factor in almost all "difficult to treat" physical conditions and in cases where injuries do not heal properly or parts of the body are chronically too tight or too weak for no apparent reason. In a general sense, the body heals itself best when we are fully and consciously present in it. Simply put, full conscious presence is not possible in PTSD states.

Of course, there are grades of PTSD from minor shock through to major trauma; just as there are grades of injury from a small bruise through to being hit by a speeding train. Unlike a bruise, PTSD only starts 2-3 weeks after an event as a result of us still not feeling safe. By definition, PTSD is a type of physiological (i.e. NOT primarily psychological) adaptation that has not resolved and instead has become chronic. The fact that it is run by the physiological part of the brain - the Autonomic Nervous System (ANS), trauma can also result in physical symptoms and illnesses - called somatisations. The trauma is experienced as psychological because it also generates a kind of anxiety which affects the state of mind.

...the body heals itself best when we are fully and consciously present in it...

Underlying almost every case of trauma/PTSD is a retained imprint of overwhelm that comes from our ancestors (parents, grandparents, etc), or from things that were not quite as they should have been in the stages of development in the womb and in the first few days, weeks and months of life. 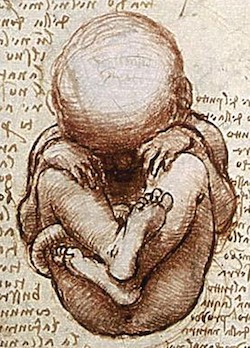 It must be remembered that everyone has a very different internal experience of events, and so their reaction to the same events can be very different. Some people appear to be bomb-proof even as babies, whereas others go into overwhelm almost immediately. This is not anybody's fault, but is a function of the way that the central nervous system has been set up to deal with threat.

If you do experience memories from a very early stage of life during treatment, this is quite normal. Usually these memories are not verbal - they are shapes, emotions, movements, gestures, feelings. They are often accompanied by overwhelm and grief because those were the conditions that made them get stuck in the first place. Our task is to acknowledge them, BUT at the same time make sure that the memory of overwhelm does not flood your body and mind. When we can keep most of your awareness in the present moment, so that you know you are safe, then the memory of overwhelm will "process" and the trauma will dissipate. This is a delicate task that requires respect and patience; and which is possible because we work together - rather than me just "doing something" that "treats" you.

...We now understand that trauma's imprint is both psychological and physiological and somatic. Memories are stored somatically (relating to or affecting the body) in the nervous system. Long after the events are over, the body continues to respond as if danger were ever present...
(Janina Fisher)