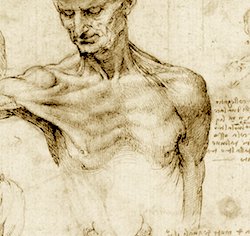 Somatisations are physical and physiological symptoms, illnesses and pathologies that occur as a direct result of dissociation.

There are primitive and powerful parts of our senses that could be compared to a personal bodyguard. The bodyguard does not understand context, and so apparently everyday and harmless changes in the environment can trigger an alarm response. The next stage in this response is that the animal body thinks that it is about to be eaten by a lion, and it dissociates. i.e. the body is flooded with natural opiates so that you would not feel yourself being eaten. For most people this would cause a very mild loss of awareness and slight emotional or mental numbness that would normally be unremarkable, sometimes to the point of almost being imperceptible. In more extreme situations it can cause many other odd physical symptoms in varying degrees of severity, including.

The physical effects of PTSD/trauma have been extensively studied, but are very poorly publicised; and the exact mechanisms for these effects are still not fully recognised by mainstream medicine. Robert Scaer wrote the first major summary of research "The Body Bears the Burden" in 2001. ISBN-9780415641524