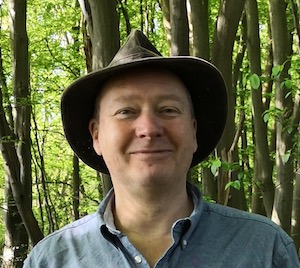 My first experience of the effect of dissociation on the body was at the very start of my CST career, when a young man came in for treatment with a broken leg that had been in plaster for 6 months, was not healing, and was very painful. I somehow understood early on in the session that he was terrified of his leg - partly because it was his first hint of mortality, and partly just because of the continuous pain. So he had dissociated from the leg. I spent most of the hours treatment getting him into a more compassionate relationship with the leg, and also helping him to be aware of the leg (instead of just being aware of the pain). And what happened? Next week he came back and the leg had started to heal. This was a huge lesson for me. And since then I have had many other experiences of (sometimes quite spectacular) healing taking place once people become more fully embodied.

I started practicing Craniosacral Therapy (CST )in 1994, having already been involved in various complementary therapies (including Reflexology) for about 10 years. After about 10 years practicing CST I began to realise that most people coming through the door with physical pain and other very physical problems actually had a problem with embodiment - or more accurately, dissociation and dis-embodiment. At the time there happened to be a conference on Dissociation in my home city of Norwich, run by the ESTD, and from there I took part in a foundation training in trauma treatment with the SensoriMotor Psychotherapy Institute (SPI).

Dissociation can occur from many different causes, but the most common is some form of trauma or PTSD (Post-Traumatic Stress Disorder). And trauma treatment is usually considered to be on the domain of the mind and therefore of psychotherapy. But actually trauma has been recognised for some time to be mainly a physiological issue far more than a mental one - the mental symptoms tending to be secondary aggravations. So since then I have focussed on integrating the principles of best state-of-the-art trauma psychotherapy into my bodywork practice, often to treat physical pain. Much of the material I present here is based on that process of integration, and has become a major part of my Craniosacral Therapy practice.

It's relevant to say that I personally suffered from dissociation for many years, that seriously affected both my work and personal life; and that personal experience has proved very useful in helping others. I have also had over 30 years experience of application of many different forms of healing, and all of that experience has gone into the pot. The CST has provided a very useful and solid framework, both to make sense of it all and to give some necessary structure and focus. I have personally used all of the material presented here and gained benefit from it myself.

I do not wish to fall into the "best thing since sliced bread" trap and suggest that absolutely everyone will benefit from the material presented here. However, what seems to have come out of it is something that I think of as a "User Manual for the Body-Mind", which is relevant to everyone. Whether the particular form of presentation suits you or not makes the difference as to how useful it is on your particular case.

I have also been writing a book on Dissociation (as seen from a bodywork perspective) for the past five years, and it was something of a coincidence that the worldwide Covid-19 epidemic hit just as all of this material was ready to present to a wider audience.

A selection of training & postgraduate courses completed include :