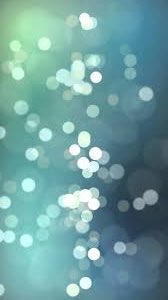 One of the core experiential, theoretical and practical aspects of all CST trainings (and a core part of most treatments) is the presence of palpable rhythms and tides passing through and around the body. There is not just one rhythm, but many rhythms, each with a different scope of effect and whose presence has different implications. Some of these rhythms and tides are a constant presence and some are more ephemeral. What can be said about all of them - from the experience of all Cranial practitioners - is that the more fully present, symmetrical, strong and unhindered the expression is of these rhythms, the greater the expression of health. To the point that many practitioners work almost exclusively with tides. This is somewhat a matter of personal preference, and my preference is to maintain a broad spectrum of techniques for working with the body.

We are all familiar with rhythms in the body - we breathe, and most of us have felt or heard our own heartbeat. There is a continuity of rhythm in the body, from very high frequency (up to maybe 300,000 Hz) electromagnetic (EM) activity across nerve synapses, through to a lot of activity at about 10Hz (neurological, muscle essential tremor, lymph, etc), through to the heart (about 1Hz), and the breath (about 10 seconds) and peristalsis (up to 2 minutes), diurnal, monthly/lunar, annual... All of these are continuously present, and have been measured using laboratory instruments. The body (or more accurately, the connective tissue matrix) is a very efficient EM-mechanical-chemical transducer, so the lower the frequency of these rhythms, the more they are translated from one type of activity to another. For the higher frequencies there is some evidence that there is a direct translation between electromagnetic and vibrational (sound) frequencies. So, changes in mechanical tension of the connective tissue alters cross-membrane permeability, which in turn affects pH gradients, local blood and lymph flow (and systemic flow via feedback through the sympathetic nervous system), and the flow and storage of electrical charge. And in turn, changes in electrical activity or pH have effects on the mechanical properties of connective tissue. In particular, the Tensegrity system of the body connects mechanical components inside cells through to the musculoskeletal system, so gross physical movements have a subtle effect on cellular activity - and the opposite is true - the quality of systemic cellular activity affects the quality of motion of the musculoskeletal system.

The Cranial Rhythms have not been consistently measured using instrumentation (though Upledger measured the 10-second CRI on the skull of a monkey, and the 100 second long tide is often visible in ectoplasmic flow of primitive cells). So the Cranial rhythms appear to a certain extent to be expressions of the relationship between two people. They also appear to express integration of self-repair systems or expression of a general state of health in the body. So it is probable that one way or another they are influenced by (and therefore influence) Autonomic Nervous System (ANS) activity. It is peculiar that a particular rhythm will often become more active when it is focussed on by the practitioner, and that ill health usually comes with a lack of (or alteration of) expression of some of these Cranial rhythms in part or all of the body. And although the rhythms usually express one-at-a-time, sometimes multiple rhythms are palpable.

Until recently there were no scientific measurements of changes in the brain or nervous system or other parts of the physiology that could account for the Cranial Rhythms. However, there has been in increasing interest in slow waves of electrical activity that move over the surface of the brain in periods of tens of seconds. These appear to have a coordinating effect on faster brain activity, and it now appears that they are related to the flow of cerebro-spinal Fluid (CSF). 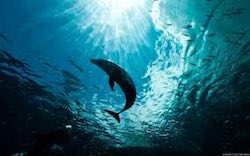 Sutherland first became aware of the shorter Cranial rhythms, and over the course of his working life slowly gravitated towards longer and longer rhythms in a search for clinical effectiveness. He also progressed from thinking of the bones as being mobile, to thinking of them as being handles to fascia, to working with fluid (nominally cerebro-spinal fluid or CSF), and then to the fluid-within-the-fluid to liquid light. I suspect that a lot of the phenomenology he referred to as "fluid" were actually bioelectrical polarisation shifts. Sutherland called the deeper rhythms the "Breath of Life", because they come with an almost Spiritual quality of stillness..

Working with the human body, eventually one comes to realise that stillness is at the centre, the beginning and the end of every healthy movement. Although the rhythms are important navigational tools through the sea of physical phenomena - and it is always possible to create ort stimulate movement - it is stillness that results in the deepest healing...

The shorter rhythms (2-5 seconds) are somewhat controversial. Upledger considered them signs of pathology. Most CST practitioners now would probably consider them to be expressions of excess adrenaline and stress. Some modern practitioners consider that they are a necessary end-state for every treatment, expressing a fully awake and energised state of mind and body.

The CRI or CSR 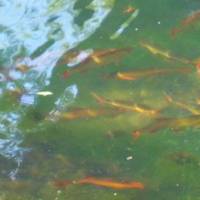 (CRI = Cranial Rhythmic Impulse, and CSR = Craniosacral Rhythm). This is the most physical and universally recognised rhythm across all styles of CST practice. In health this often almost exactly a 10-second rhythm (i.e. related to blood oxygen saturation and associated with a balanced ANS and a heart-centred emotional state), within a range of 5-15 seconds. The frequency of the CRI is particularly sensitive to emotional states. I find that this rhythm usually returns when the longer rhythms (and stillnesses) have done their work. The CRI is supposed to be a whole-body rhythm. Sometimes (unlike the longer rhythms), if the body is not in a fully coherent state, the CSR decouples and is different in different parts of the body. 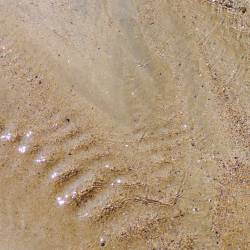 Occupying a range of frequencies from 20-40 seconds per cycle, mid-tide rhythms tend to be associated with concentrations of acupuncture meridian activity. Structurally they are related to the horizontal diaphragms of the body, and so often exhibit exhibit a parallelogram kind of shifting motion as well as a rhythm. Every practitioner has their own individual treatment style, and my natural preference is to enter the system in mid-tide and then move to faster or slower rhythms according to how the body wishes to express health. The general feeling about tides is that in health they reflect a coherence or resonance with phenomena in our natural environment, and a 26-second Earth tremor has recently been discovered. Judging by the phase-consistency of protoplasmic streaming in slime molds, it appears to be coordinated by some rhythm present in the wider environment, and has a similar range of global rhythmicity (20-30 seconds) to the mid-tide. 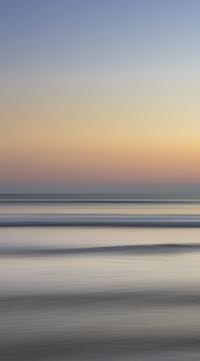 Taking about 100 seconds to complete a cycle, the Long Tide is more of a gestural motion, very similar to the flow of tides past a bridge in an estuary, which expresses both within and outside the body. The impression is that it flows through the body from some undefined place to another undefined place, and then flows back again to where it came from, more or less along the vertical axis of the body. Remembering that Sutherland ended up working with with longer and longer rhythms as a result of following best clinical results, it is not possible to ignore its significance or presence, regardless of its ill defined and almost transcendent qualities. The longer the rhythm, the greater the attention span required of the practitioner, and most people do not consciously access longer rhythms unless they have had some experience of meditation. The longer rhythms also appear to be less and less affected by pathology and more and more driven by a vitalistic expression of health. The subjective impression gained from experiencing these every day is that the longer tides also bear some relationship to the formative gestures that occurred during conception and gestation, and have a certain intelligence of their own.

When the body decides to reorganise itself, it enters a period of stillness. In this stillness, not only are Cranial rhythms absent, but also there is a still, timeless, yet also somewhat vibratory quality that can fill just part of the body, the whole body, or even the whole room. If the stillness is allowed to complete whatever it is doing without being interrupted, then as Rollin Becker used to say, "Something Happens". The "something" is almost invariably an increase in coherence and integration in the body - as it shifts towards and into a state of increased health.